This season numerous rumors are around the transfer of Martin Ødegaard who plays as an attacking midfielder for Premier League club Arsenal, on loan from La Liga club Real Madrid. In this article, I’ve coved his stats, current performance, matches, and transfer race. Will Martin Odegaard join Arsenal?

Martin Odegaard is a Norwegian footballer, captain of the Norway football team, currently playing for the English club Arsenal, on loan from Spanish club Real Madrid until the end of the season.

Since joining the Gunners on a six-month loan from Real Madrid in January, Martin Odegaard is making it quite difficult for Arsenal fans to not worry about him, Odegaard has shown why he’s always been so highly rated footballer.

He made his debut against the Red Devils Man Utd in Premier League, as a substitute for Emile Smith Rowein a 0-0 home draw. His first league starts for Arsenal in a 4-2 home win over Leeds United. Martin played the first Europa League match for Arsenal in a 1-1 away draw against Benfica.

Odegaard scored his first goal for Arsenal with a 20-yard strike in a 3-1 away against Olympiacos. His first Premier League for Arsenal was in north London derby, a 2–1 home win over Tottenham Hotspur.

Related:  Why are Arsenal fans called Gooners and Players Gunners?

There is another Norwegian player, Erling Haaland in the transfer race recently, He is currently playing forward for Dortmund, both he and Odegaard are part of the same Norway football team.

Martin Odegaard was forced to withdraw from Norway’s clash with Gibraltar after suffering an ankle injury in the latter stages of the first half of their World Cup qualifier. This made his importance quite clear to the Arsenal.

Mikel Arteta, the boss of the Gunners Squad has also been hugely impressed with this Norwegian star. Arsenal, and everyone who supports the club, want to sign Martin Odegaard on a permanent deal from Real Madrid this season. But as we know he has not joined Arsenal yet, this making fans furious about him leaving soon.

The 22-year-old has only played 12 times for the Gunners on loan but he already feels like one of them. He is seen quite happy in north London often saying how he’s ‘feeling home’ here, also echoed by his teammates who praised his performance and attitude, while the coach Mikel Arteta does not leave any opportunity to lavish him with praise.

It is evident that Arsenal is all in to get him but if he wants to join Arsenal permanently, Will Real Madrid wants him to leave that easily? Nope! Arsenal’s hopes of landing Odegaard on a permanent deal beyond the season look to have taken a huge blow as Madrid is said to ‘not even be contemplating’ a permanent sale of the midfielder, according to Marca.

“Having Zidane as manager is beautiful but it’s sometimes not good for self-confidence.” – Odegaard

Zinedine Zidane, the manager of Real Madrid hasn’t given Odegaard the minutes to show his polished game, but that does not mean Zizou is ready to let him go. Arsenal facing Martin Odegaard’s transfer to the club a u-turn as Real Madrid refuses to sell and Norwegian wants to stay in Spain.

That is why It is always said that you should never fall in love with loan players. You don’t know If they would be with the squad permanently. If you like the article about Martin Odegaard Transfer News, make sure to give it a share, don’t forget to check out which is the richest club in 2021. 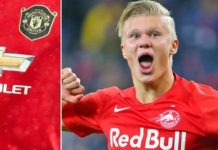